Joseph has been exclusively breastfed since his birth in December. I received the book Super Baby Food for Christmas and have been browsing through it off and on. Joseph is 4+ months now and met almost all of the criteria for starting solids.

So, armed with my book, 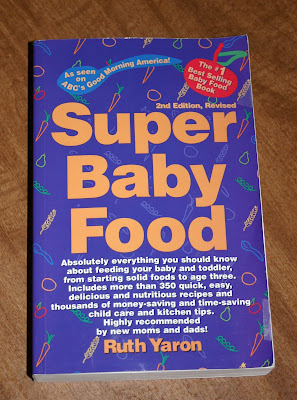 a box of Earth’s Best Organic Rice Cereal, a bowl, and spoon 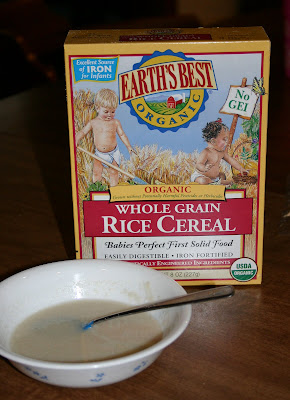 I started the process. Joseph ate his cereal just like my other three children did their first time. He grabbed the spoon in an attempt to figure out what his mother was doing. 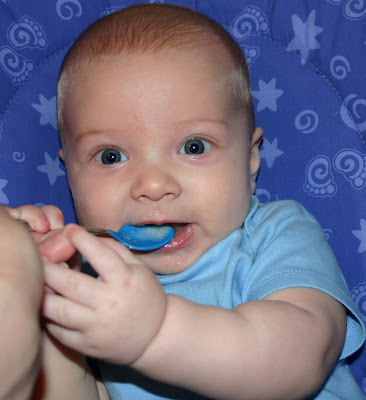 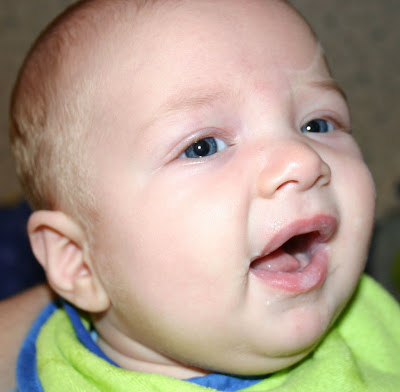 to pleasure (OK at least he looks pleasant not necessarily excited) 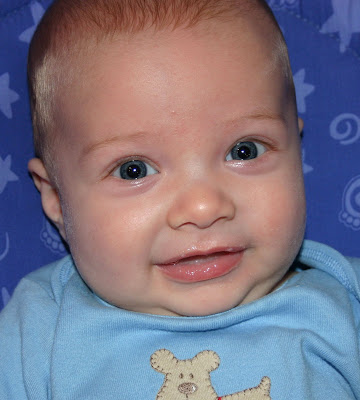 over the mixture I was placing in his mouth. I think he did really well, and I am sure we will have lots more fun (and messes) during this next phase of his life.

Joseph also had another milestone today. He rolled from his back to his tummy for the first time. He has been rolling from his tummy to his back since he was 6 weeks old. I guess I better start baby proofing again. 🙂

Janna had her first ever basketball game tonight,