The umbilical cord is an amazing thing.  For 9 months it is a baby’s lifeline.  I guess that is why the cutting of the cord can be so symbolic.

Once the umbilical cord has been clamped and cut it starts to dry up relatively quickly. 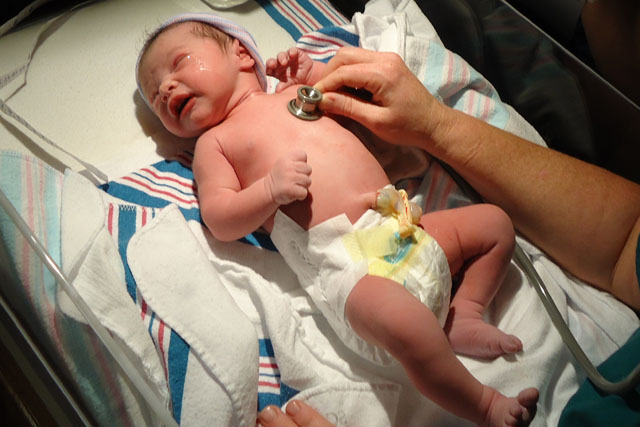 This is Janna a few minutes after she was born.  As you can see the cord had just been cut and still looked like it did in utero. 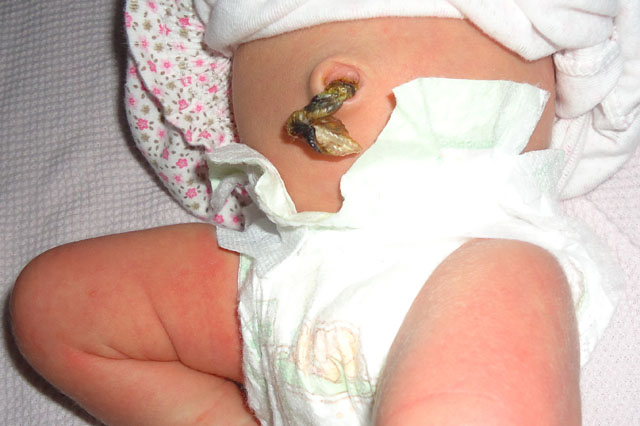 By Janna’s fourth day of life this is what her umbilical cord stump looked like.  It had started to dry up on her second day of life. 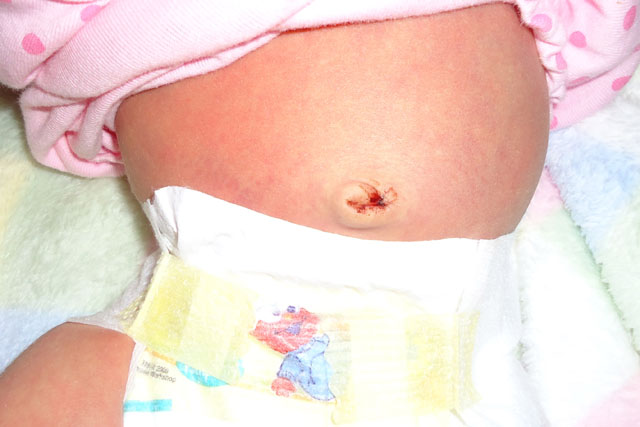 Janna’s cord stump fell off on her eighth day of life.  For almost a week she had some minimal bleeding as evidenced by the picture above.  This can be normal and wasn’t concerning to me because there wasn’t any active bleeding.

Dealing with the umbilical cord stump usually isn’t a big deal and requires minimal care. Here are some things to remember.

Here are some signs that you should contact your child’s health care provider:

One other issue related to the cord that often causes parents to worry is an umbilical hernia.  My son Joseph had one.  When he would cry his navel would protrude and it felt squishy when I pushed on it.

Umbilical hernias generally do not harm or hurt a baby.  Most of the time they heal on their own with no problem.  Joseph’s did and you would never know he had one now that he is three.

People used to tape over an umbilical hernia or even put a coin on the navel and then tape over it.  However, this doesn’t speed up the healing process and can even hinder it.  If you are concerned contact your child’s health care provider.

Disclaimer:  I am not a health care provider.  I am just a mom of five who likes to share information.